Best Android Online Games 2022 and Most Popular in the World 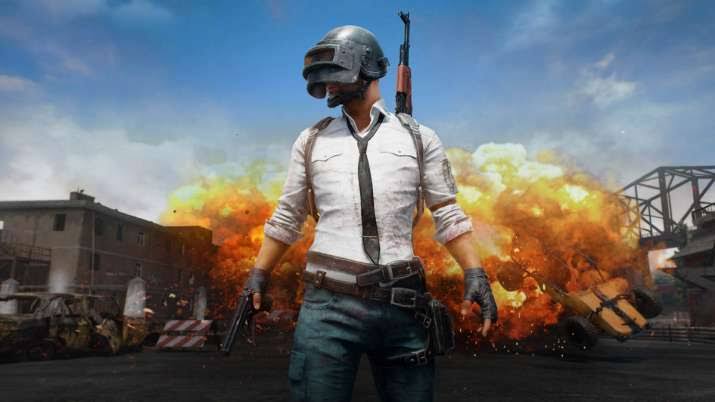 There are tons of Android games on the Play Store.  We are sure you will be confused about choosing one of them.  That's why we will recommend some of the best online games that are not boring and have very good graphic quality.  Immediately, please refer to the following recommendations.

There are millions of people who play the PUBG Mobile game every day.  The best online Android game is indeed very popular.  Because PUBG Mobile offers a game mode that is very exciting and not boring.  We can fight against 100 people as a team or individually.

PUBG Mobile is also one of the Android games with the best graphic quality today.  The visual quality looks very realistic and is supported by 3D audio quality that seems to take us into battle.

Before coming as an Android game, PUBG (PLAYERUNKNOWN's BATTLEGROUNDS) was already the best online game for computer devices.  Interestingly, this game also provides FPS (First-Person Shooter) and TPS (Third-Person Shooter) modes with various game methods that can be chosen at will.

Call of Duty is a legendary game that has been hooked by game lovers around the world for decades.  Now the Call of Duty game is available in a mobile version that can be played on Android or iOS smartphones.  This game has a graphics quality one level above PUBG Mobile, so we recommend using a capable smartphone so that it can run COD Mobile to its full potential.

Similar to PUBG Mobile, this game also offers a Battle Royale game mode that is no less exciting than PUBG Mobile.  In addition, COD Mobile has an appeal in terms of weaponry that looks much more sophisticated and is supported by a very complete vehicle and maps.

The Mobile Legends game was first introduced in 2017. In a very short period of time, Mobile Legends immediately skyrocketed to become one of the best online games in the world.  The game mode offered is indeed very exciting, because it offers 5v5 battles that require players to set strategy and cooperation.

One of the things that makes this game even more exciting is that there are tons of heroes with different skills.  This game is also relatively light so it can be run on low spec Androdi smartphones.  But if you want to be more optimal, we recommend playing on a smartphone with 3GB Ram and above.

Arena of Valor or often referred to as AOV is an online multiplayer battle arena (MOBA) game with the same 5v5 game mode as Mobile Legends.  But what makes this game more interesting is that it has Ultra HD graphics quality so it looks more realistic.

There are more than 80 heroes that we can play in this game.  Each hero has different skills and moves that make this best online game even more interesting to play.  Moreover, AOV requires its players to play in teams and set strategies so they can win every match.

We believe that more than 50% of the Indonesian population likes football.  Now for those who are looking for an online ball game, we recommend installing a game called eFootball PES 2020. This game is made by Konami, which is known as one of the best game developers in the world.

eFootball PES 2020 has a gameplay similar to the Console version.  We can also compete with other teams online and look for talented players and legendary footballers.  Various soccer teams are also available and of course we can play for free.

If PUBG Mobile and COD Mobile are too heavy on your Samsung cellphone, you can switch to playing Free Fire.  Free Fire's gameplay is very similar to PUBG because both are battle royale genres.  The difference is Free Fire only supports 50 players and is only limited to 10 minutes.

Free Fire graphic quality is lower than PUBG.  That's why this game is much lighter.  Even so, Free Fire still offers a very exciting and not boring gameplay.  Moreover, this best online game offers many characters with different special skills.

Lords Mobile is a strategy online game that allows us to build an empire with a very large army.  In this game, there are also monsters and various heroes who are ready to fight between Lord Mobile players online.

Currently Lord Mobile has registered more than 320 million players worldwide.  Every Lord Mobile player will build an empire as strong as possible in order to defeat his opponents.  When fighting, you have to set a strategy with the right hero composition in order to win against other players from around the world.

One of the online strategy games that you must play is Rise of Kingdoms.  This game is currently very popular among online game lovers.  Because Rise of Kingdoms offers very exciting gameplay with 11 choices of civilizations, 34 heroes, and real-time battles.

Each player is free to form an alliance with other players.  But when you first play this game, we have to build an empire from scratch until it becomes a big empire.  Rise of Kingdoms also requires us to set a strategy in order to beat other jobs.

erpopular on Android today.  Its popularity has managed to beat PUBG and friends who are far better in terms of quality.  The reason why this game is so popular is that it makes a lot of people addicted.

The gameplay of this best online game is also very simple.  We only need to play with a snake which then has to eat food to grow up.  We will also meet other players and arrange strategies so that the opponent loses when we touch the worm we play.

Most visitors to samsungstarters.com would love to watch anime.  So one of the most popular anime today is Naruto.  The anime tells about Naruto who wants to become Hokage.  For those of you who like watching anime, you must be familiar with the storyline.

Currently there is also an online Naruto Android game that offers 3D OPEN WORLD MMORPG gameplay.  This game is relatively new, so it's only natural that the servers aren't that good.  Even so, you must try Naruto: Slugfest because it offers an adventure in the ninja world with 3D graphics quality.

Maybe you are wondering, why did we include 8 Ball Pool as one of the best Android online games.  Because the game is an old school game and the graphics quality is mediocre.

The reason we recommend this game is because it has online gameplay that allows us to fight online or multiplayer billiards with many people around the world.  We think this game is a timeless game, because it won't be boring even if you play it often.

It's incomplete if we don't recommend Pokemon GO as the best online game.  Because Pokemon Go has a gameplay that other online games don't have.  Where we have to find Pokemon and then train them to fight against other people's Pokemon.

There are already hundreds of millions of people around the world who play Pokomon Go.  In this game there are also more than 500 Pokemon that you can search in the surrounding environment with the Augmented Reality (AR) feature so that it looks more realistic.

For those who like zombie-themed online games, you must try LifeAfter.  This game requires us to survive the attacks of zombies that have invaded the world.  The graphic quality of LifeAfter is also very good and can be said to be equivalent to a console game.

Later we have to look for weapons by exploring all over the place so that we can survive the attacks of zombies that sometimes attack.  Not only that, we also have to build defenses by making a base so it won't feel boring.

The next game is Clash of Clans.  Some people are definitely familiar with this online game.  Well, Clash of Clans is one of the most popular online games in the world that has the gameplay to build villages and establish clans.

This game is very exciting, so there are still many people who play it even though it is a game that is quite long.  Later we can freely attack our opponents with various types of troops who have very unique characters.

This one game will hone your strategy by fighting players from all over the world in real-time.  The gameplay offered is also very unique, because it is a card-based game.  Apart from that, we can also build a clan to share cards and build a combat community among our clans.