Now in this article admin will discuss the skills possessed by Selena. By knowing all the skills, of course you can develop your own. 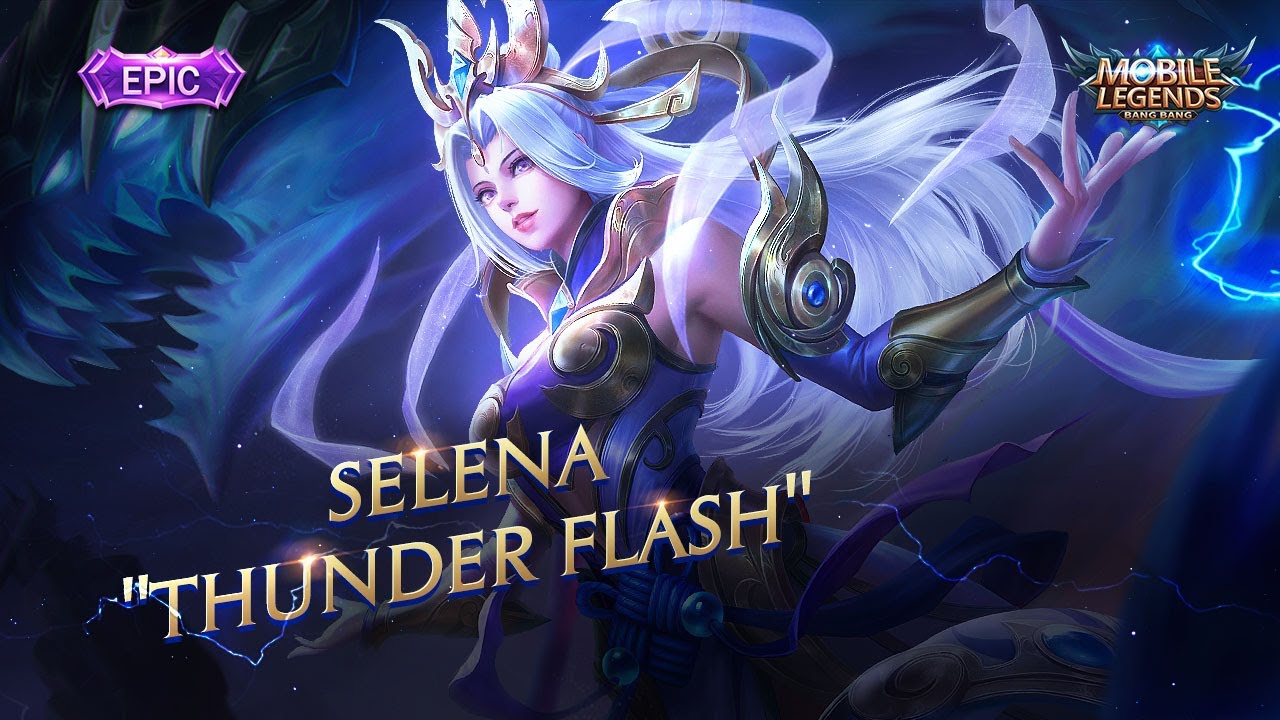 Selena is a mage assassin who has a very dangerous "crowd control" ability.  The crowd control he gives is stun, and you will be affected by this effect for up to 3 seconds.  Very long, right?

Apart from having annoying crowd control, Selena also has enormous burst damage.  However, this large burst of damage will be achieved if the skill combo runs smoothly.  So, Selena is a weak hero if the user can't run the combo well.

Now in this article admin will discuss the skills possessed by Selena.  By knowing all the skills, of course you can develop your own, and you can imagine what skill combos are like.  For that, let's see the discussion below.

Just like Roger, Selena can also change into two forms, namely Elven (mage) and Abyssal (assassin).  When in Elven mode, all of Selena's skills will give an "Abyssal Mark" to the enemy who hits her, the maximum enemy will be 2 marks.  In addition, enemies who are trapped by the Abyssal Mark trap from skill 1 in Elven mode will also get a mark.

When Selena is in Abyssal form, every time her attack hits an enemy that has a mark, she will get 'additional damage' of 240 to 450 (+ 40% Magic Damage) as magic damage.

Selena will summon an 'Abyssal Devil' to the location she chooses to provide a trap or trap.  If the enemy is near this trap, the Abyssal Devil will stick to the enemy and will give a slow effect of 70% for 1 second.

Then a few moments afterwards, this Abyssal Devil will give magic damage of 400 (+ 150% Magic Power) as magic power.  Nearby targets that have been hit by Abyssal Devil will also be damaged and will reduce their movement speed by 70% for 1 second.

In Abyssal form, Selena's skill 1 will provide additional magic damage of 350 (+ 110% Magic power) on the next basic attack.  After removing this skill, Selena will get a 'shield' that can absorb 300 enemy damage (+ 100% Magic Power).

Selena will fire an Abyssal in the direction she chooses.  Enemies affected by Abyssal will receive damage of 250 (+ 20% Magic Power) to 500 (+ 40% Magic Power).  In addition, enemies hit by this monster will also be stunned for 0.3 to 3 seconds.

The damage and duration of the stun are affected by the flight distance of the Abyssal arrow.  The farther you shoot, the greater the damage the enemy receives and the stun they will receive will take up to 3 seconds.

In her Abyssal form, Selena will dash in the direction she determines and will give 150 (+ 50% Magic Power) magic damage to enemies in the dash.

If this skill hits a target hit by Abyssal Mark (from skill 1 in Elven form), then the cooldown of this skill will be reset.  Because this Abyssal Mark will give 2 marks, then you can use this skill 2 3 times to enemies who have this mark.

Selena will return to her Elven form and her movement speed will increase by 30% for a few moments.  He can also return to using skills 1 and 2 in this mode.

According to Mimin, the combo of Selena's skill is as follows:

E is Selena in her Elven form, A is her Abyssal form.  First, set traps in front of enemies, but don't keep them in enemy lines so they don't activate on purpose.  Then use skill 2 from a distance and aim so that about the trap you took out earlier, try to hit the target.

If skill 2 hits the enemy, change into Abyssal with skill 3 to get close to the enemy.  Then activate skill 1, but don't immediately use basic attacks, so save this skill first.

The enemy should be stunned and will have 2 marks with the 3rd mark preparing to appear.  Hurry up and use skill 2 before the 3rd mark appears.  Use this skill 3 times, then use the basic attack.

At this stage, we should be able to use skill 1 again.  Then use it again so that your basic attack can be stronger.  Also make sure to use skill 2 to attack or escape.

If the enemy is not dead, usually dying, in this condition you have to pay attention to the map and consider whether it is possible to chase it, if possible use skill 2 again.  After that, return to Elven mode.  Use skill 2 again so that the enemy is exposed to damage and stun.

So that's how guys use the Selena combo according to Admin.  Hopefully useful and good luck guys.