Brody is one of the strongest Hero Marksman in Mobile Legends. Unlike the other Marksman, Brody has very powerful strength. 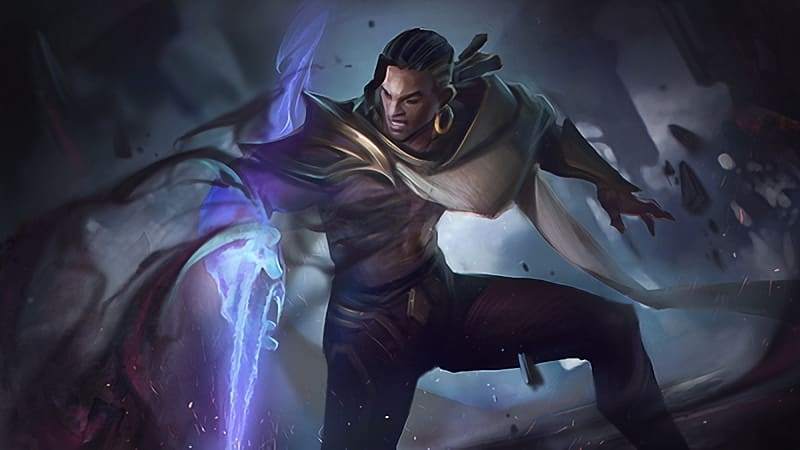 Brody is one of the strongest Hero Marksman in Mobile Legends. Unlike the other Marksman, Brody has very powerful strength.  Therefore you must use the right Brody build.

Well, for those of you who are confused about what build items are right for Brody, this time Smart Tips want to tell you the most painful Brody Mobile Legends build recommendations that you can use in battle.

Because the Attack Speed ​​item has no effect on Brody, this hero takes advantage of very high physical damage.  You could say the Critical of this hero is very high.

Therefore, when in the late game, this hero is able to finish off the enemy in just 2 attacks!

Well, this time Game News Update will discuss about Brody's build, an explanation of his skills, how to combos, and tips for defeating this one Marksman hero.

To support Brody's skills, a proper Brody build is needed to make it even more powerful.

Well, here are the recommendations for a Brody build that you can use.  This build has been tested and proved to be very effective in eliminating opponents.

This Brody build makes him able to produce quite a large critical damage.  Even the opponent's Tank hero is easy to beat.

Blade of the Heptaseas - This item allows Brody's every skill to reduce the opponent's Physical Defense.

Immortality - Allows Brody to revive after being killed.

With the use of this build item, Brody will have a stronger defense.  So that it will be stronger when dueling with opponents.

Athena's Shield - Every 30 seconds if not attacked, Brody will get a shield that can absorb enemy attacks.

Immortality - Allows Brody to revive after being killed.

To make it easy to do farming, you can try this Brody build in the game guys.

Raptor Machete - This item is indeed a special item for Farming, guys.  Actually, all of the build items described earlier also require this item, but if you have entered the late game, you can replace this item with another item.

Malefic Roar - This item can reduce turret armor, so it will be easier to destroy the turret.

So, those are some of the sickest Brody build recommendations that you can try in the game.  Use build items according to the circumstances of your opponent and team!

Explanation of Skill and How to Use Brody

Brody is a Marksman hero who has deadly skills such as Abyss Corrosion, Abyss Impact, Corrosive Strike, and Torn-Apart Memory.

After Channeling, Brody will release his Basic Attack which deals (+200 Total Physical ATK) Physical Damage and Slow effects to the opponent by 25% for 0.5 seconds.  In addition, Brody will also leave 1 Stack Abyss Mark to the opponent, up to a maximum of 4 Stacks.

Each Stack Abyss Mark will increase Critical Chance Brody to the target by 12.5%.  After dealing Critical Damage, Brody gains an additional 50% Movement Speed ​​for 1 second.

When the Shock Wave moves, for every opponent it encounters, it deals 33% additional Damage and increases the additional Stack Abyss Mark, a maximum of 200% Damage and 4 Stacks.

Brody stops his Basic Attack and runs towards the opponent, dealing 200 (+ 70% Total Physical ATK) Physical Damage then causing a Stun effect to the opponent for 1.2 seconds and leaving 1 Stack Abyss Mark to the opponent.

After stunning the opponent, Brody will move once more in the direction of his movement.

Brody locks all targets within 8 Yards, dealing 400 (+ 100% Extra Physical ATK) Physical Damage to them.  If the target has Abyss Mark, all Abyss Marks will be reset.

Deals Physical Damage equal to 200 (+ 50% Extra Physical ATK) + 8% of the target's HP that has been lost for every stack the target has.

How to Combo Using Brody:

To do a combo using the Brody hero, first you have to attack your opponent using Basic Attack to give Abyss Mark to your opponent.

So that if sorted will be:

Set of Emblems to Fit Brody

Because he is a Marksman hero with high Critical Damage, the recommended set of emblems that Brody can use is the Custom Marksman Emblem.

For the use of battle spells, Brody can use the Retribution spell.  Why?  Because this hero is quite difficult to do farming, this battle spell can help him when farming or taking buffs.

In addition, you can combine this spell to use Easy Farming build items.  It's just that when using this spell, you have to keep your distance.

Because Brody does not have escape skills, the Flicker battle spell is highly recommended, guys.

How to Learn to Use Brody to Get Better

Brody is a Marksman hero who is quite difficult to use, but you can follow these tips so you can improve your abilities when using this Marksman hero.

As we know, Brody's passive will give Stack Abyys Mark to opponents who are hit by basic attacks or skills.

Even if the Abyss Mark stack is full, it will give a high enough Critical Damage.  Therefore you must take advantage of this Stack Abyss Mark.

2. Stun Opponents Then Run Away

Brody's Corrosive Strike (Skill 2) skill is able to make him approach the opponent to give Stun, then move to avoid in the specified direction.

Torn-Apart Memory (Skill 3) Brody is able to lock the opponent within 8 yards.  The nearby opponents will receive damage according to their Abyss Mark.

The more Abyss Mark the opponent has, the more damage he will receive.  Well, you can take advantage of this ultimate skill to finish off your opponent easily.