Recently, Mobile Legends has brought a new hero role Fighter to the Advanced Server. Named Paquito, Paquito is a hero who uses his fists to attack an

Mobile Legends: Paquito, New Boxer in the Land of Dawn.

Recently, Mobile Legends has brought a new hero role Fighter to the Advanced Server.  Named Paquito, Paquito is a hero who uses his fists to attack and block attacks from his enemies.

For those of you who want to know about this hero, check out this new Hero in Mobile Legends!

As a fighter, Paquito has a very high level of durability, which means that Paquito has high basic defense and health statistics that allow him to withstand a lot of damage, most likely Paquito will be suitable for using that defensive build according to the admin.

The offensive stats were a bit low for a Fighter but that didn't mean that Paquito couldn't do much damage.  But his Basic Attack wasn't that strong.

To overcome his lack of offensive power, Paquito also has a high percentage of skill effect for a boxer.  This indicates that Paquito can inflict high damage on its target with its skills.

Paquito also has a high level of difficulty, meaning you need to practice first to be able to master the hero Paquito.

Passive - Champ Stance: Paquito gains a stack when it deals damage to its target with Basic Attacks or skills.  After reaching 4 stacks, Paquito will enter Champ Mode to increase his next skill and reset his cooldown.  Paquito's skill will deal more damage and have a higher basic Attack Speed.

Champ Mode: Extend Parry's duration and increase Damage Reduction.  Paquito then does a hook hit with a higher damage.

Ultimate - Annihilation Strike: Paquito throws an Elbow Strike at all opponents in front of him, dealing Physical Damage and knocking them back to their designated location.  Paquito then throws the Haymaker, inflicting Physical Damage, and slows down the target before taking a step back.

Champ Mode: After repelling the target, Paquito throws a Hook, inflicting Physical Damage and sending it airborne instead of slowing it down.

Paquito is one of the newest heroes in Mobile Legends.  This hero has a shape that is very similar to Chou, but that doesn't mean he has the same skill set.  The Skill of Paquito itself is very suitable for a boxer player who is proficient at 1 vs 1. Where he can attack enemies and survive in all conditions with the right time.  Here is the gameplay from Paquito.

Paquito himself has a skill effect where he can protect himself and reduce the damage it receives.  Immediately become the best offlaner in the Mobile Legends game in the future.  Not only that, he also has strong CC and damage skills, where players can kick their enemies in the direction they want.

Even though it looks OP, Paquito is quite complicated to use, where it takes a good amount of time, depending on the passive stack it has.  Every time he attacks an enemy using basic attacks and skills he will get a stack.  With a maximum of 4 stacks, the next skill will get additional damage, so that it is able to attack its enemies depending on the combo you are playing.

Paquito will be a quite OP Mobile Legends hero in the future, but that doesn't mean he won't change.  If interested, players can use Paquito now in the Mobile Legends advance server!

So, those were Paquito's stats and skills in Mobile Legends, a boxer who just arrived at the Land of Dawn, Paquito is currently looking an OP with a lot of strength.

So, what do you think about this new hero?  Let us know in the comments below! 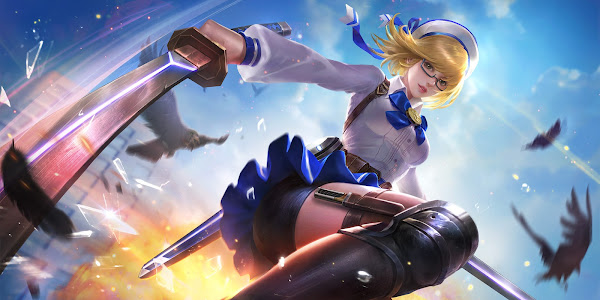 Best Build Fanny Mobile Legends: Top global 2022 - Hello everyone ... Welcome to Gamenews Update, this time we will discuss about the best builds Ben…