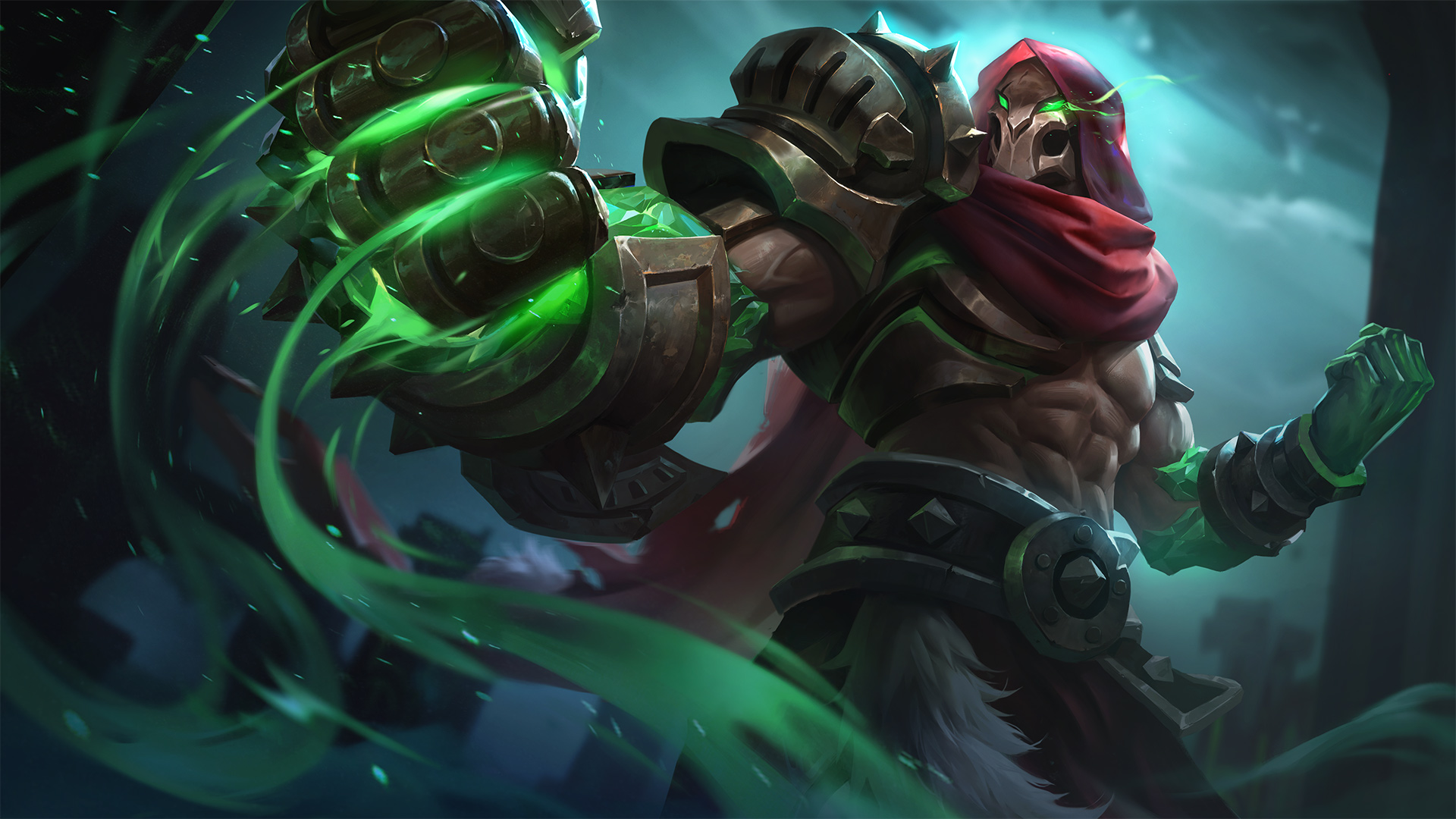 Best item Build Aldous Everytime - Hello Gamenews Lover, this time I will share with you about the best Aldous build recommendations, in this article we will discuss all about Aldous MLBB.

For a discussion of the Aldous best builds we will discuss at the bottom of this article, so read on until it's finished ok.

Our first about Overview and "Description SKILLS Aldous MLBB" 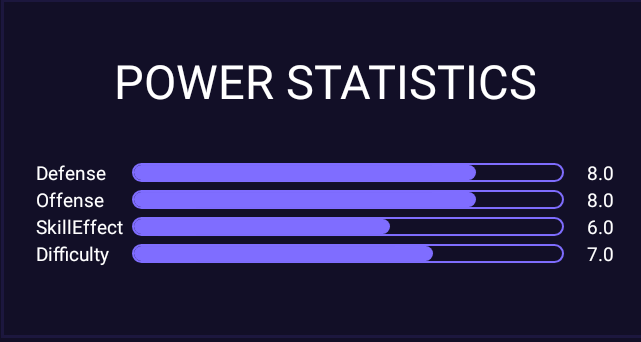 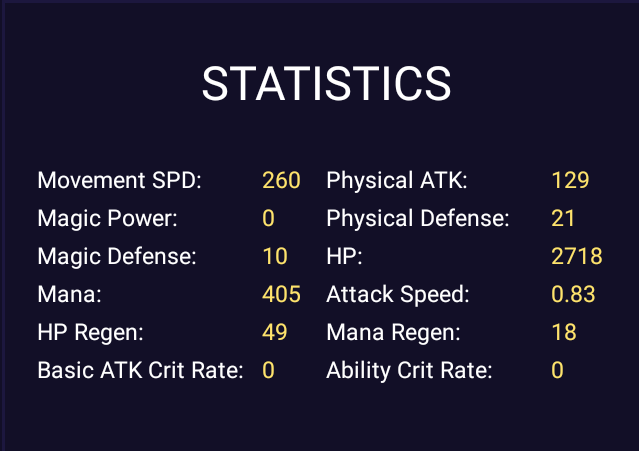 After every 2 attacks, the 100% damage dealt by Aldous's next attack will be transformed into a shield that lasts for 3 seconds. Activates every 5s.

Aldous unleashes his inner energy to strengthen the next basic attack, dealing 100/140/180/220/260/300 (+100% Total Physical ATK) points of Physical Damage. If this attack eliminates the enemy hero or non-hero unit, Aldous will gain 10/2 stacks of Soul Steal. Each stack increases the damage of this skill by 8 points permanently.

When attacking minions or creeps, the damage of strengthened Basic Attacks is increases by 300%. Aldous gets 1 stack from Soul Steal when enemy non-hero units die in a range.

Aldous gains visions of all enemies for 5s. During this time, if Aldous uses this skill a second time, he can dash toward an enemy hero. When Aldous hit that enemy hero, he will deal Physical Damage equal to 450/600/750 (+100% Total Physical ATK) plus 10% of the target's Max HP and knock enemy back for 1s.

Legends from the Land of Dawn say that the Western Desert’s Minoan Kingdom possess a mysterious labyrinth. In the maze is a statue of a giant minotaur, which the people consider to be the mecca of the Minoan Kingdom.

Some say that there is a group of contractors who guard the entire maze. ??The Kingdom produced a lot of precious jade, which brought the Minoan people great wealth. Very quickly, the entire kingdom was lost in the intoxicating allure of golden riches.

Even many contractors, tasked with guarding the sacred maze became corrupted, abandoning their duty. Only one stayed—Aldous, who never forgotten his duty continued to the Minoan Labyrinth. ??

Until one day, a god came from the heavens to punish the lands. The powers of light and dark decimated the entire Minoan Kingdom, which even Aldous could not escape. ??Then two streams of energy surged into his body, Aldous thought he was about to die.

However, the two streams of energy collided, causing great changes to his body. His skin grew long-black scales that could resist most attacks and monstrously large arms that could easily strike fear into people’s hearts. ??

When Aldous awoke from his daze, he found his people’s kingdom gone but the mysterious maze was now sealed by some unknown force. He and the remaining minotaurs decided that Aldous would stay to defend the maze, while the others travel towards the Land of Dawn to find answers.

??News of a mysterious force sealing the Minoan Maze spread quickly to the Abyssal Kingdom. To gather this strange energy, Selena brought her Abyssal Demons with her to the entrance of the Minoan Maze — A huge battle was about to begin.

Level up First Skill [Contract: Soul Steal] and prioritize it on upgrading then add Second Skill [Contract: Explosion]. Your Ultimate Skill [Contract: Chase Fate] allows you to see the whole map including your teammates plus it can be trigger again to chase whoever your target is

If the enemy is nearby, you dont need to use your ultimate to chase the enemy. The right timing while hiding in bush is a good strategy to execute this combo

You can use your Ultimate Skill to gank enemies or kill them if they have a really low HP but aside from that you canalso use it to travel very quickly from wherever you are to another place.

Did you know? You can cast your First Skill while travelling in air? If you use your Ultimate Skill and you have chosen your main target after some travelling, if you're near to the target, you can immediately cast the First Skill so that its cooldown will start too allowing you to cast it again in a short period of time. This combo is perfect if your target is a tank or fighter with durability and HP build items because even if you can't one hit them, you can cast the second punch right away after you land

Playing As Aldous VS Playing Against

Playing as Aldous is a highly dynamic fighter hero that can locate enemy heroes on the map with the ability to permanently raise his attack power. He deals Insane damage by himself, without items. Getting 50 stacks will already allow your 1st to deal OVER 1k damage assuming the enemy hero targeted is not a tank. Stacking is not that hard. You just have to play passively and focus more on stacking up damage rather than fighting your lane enemy. Without damage items you can still deal 2k damage if you have enough stacks. Even though he's a Fighter, he mostly like act as Assassin like doing in-and-out gank to enemies. Lastly you need to learn the perfect timing of using his Ultimate Skill and practice a lot his combos to become an effective Aldous if you chose to main him.

Playing Against Aldous is a nightmare for squishy heroes like Nana, Miya, Gord, Clint and Hayabusa to name a few. Aldous can one hit them if he is fed and got much stack from early to mid game. He has such an amazing skill set that he doesnt really need to rely on full Physical Damage items, a one or two is enough. He is an effective counter to marksman knowing the fact that his Second Skill makes him immune to basic attack. In order to counter Aldous, your team must do anything to make him gap in terms of levels, stacks and gold. Making him as the main target for each gank must be your team main priority because sometimes if Aldous was well fed and got stacks, he can turn the table. He can make a losing team to winning team so as much as possible kill him no matter what (Tapusin! Tapusin! Tapusin!).

Go top lane and tell your teammates that you're going to solo because you can easily gain stack if you're the only one in a lane plus it allows you to farm more and gain more gold in early game.

Dont forget to last hit each minions or jungle monster because that's the only way you gain stack and you need to build it up in early game.

Its better to play safe because Aldous is so weak in early game, his First Skill wont deal much damage so better just save it for last hitting a minion or an enemy.

Lastly, you need to kill the side jungle near your tower, it will give you an additional stack plus gold.

If you're brave enough you can steal enemies' side jungle it wouold be risky for you to do that specially if you're new from using Aldous but dont worry you sprint spell will help you escape if you were caught by enemies.

This time, if you didn't die in early game and you manage to earn a lot of stacks and you fed yourself from soloing top lane, its time for you to roam more.

Being aware on what's happening on mini map will give you hint that you need to start using your Ultimate Skill. Aldous can travel in a few seconds from one lane to another using Ultimate.

It can also be use to gank enemies wherever they are because it chase the enemy once locked, this is perfect for killing heroes that has a 40% below HP.

It still advisable for you to only target squishies like Miya, Nana, Kimmy, Aurora because you can kill them in 1 or 2 punches

Take Note: your First Skill immediately begins to cooldown after you use it regardless if you hit an enemy with it or not. So it is always good to preemptively use it before going into battle

so you can immediately cast it again by the time you hit. Use the first hit making your 1st skill a deadly burst of 2-3hit combo.

Its a disadvantage for Aldous when a game reaches Late. Heroes can easily counter him plus enemies will be more cautious of whomever his next taret is.

As much as possible you should finish the game by the end of mid game if you can't then do you best to destroy as much as tower because this will be your best advantage against enemies.

Do not rush yourself, you Ultimate allows you to see enemies in minimap for a short period of time but at least it gives you an advantage

to know where the enemies at whether they are killing the lord or hiding in a bush waiting for a victim.

Lastly, your main target will still be those squishy heroes because you can one hit them with one punch if not at least 2 punches.

This is Aldous best build item according to pro players

Recommend Emblems that you can use 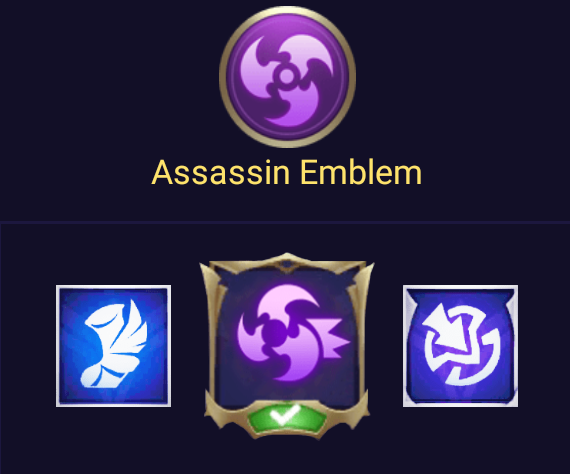 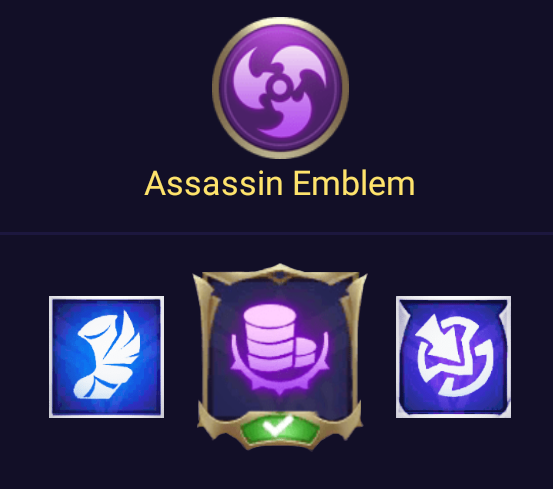 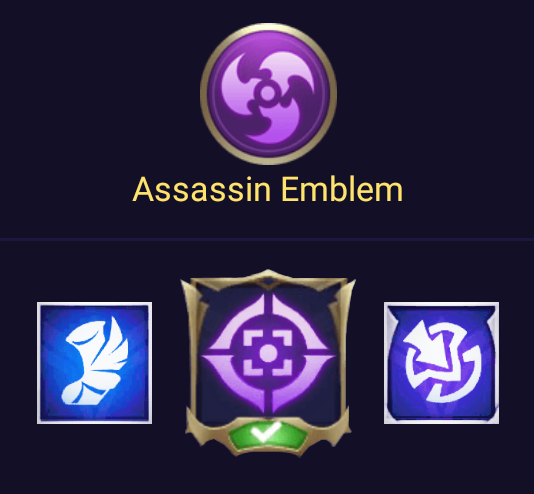 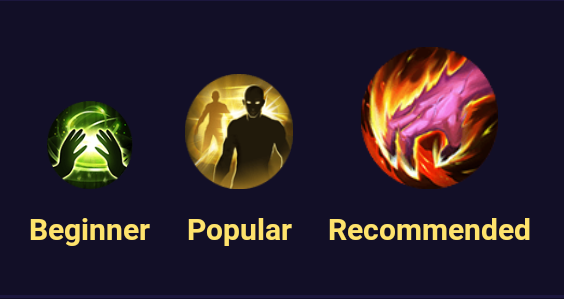 That was the discussion about the best Aldous build items that you can use, you can combine them yourself, which one do you think suits you.

Good luck, the victory is in your hands. 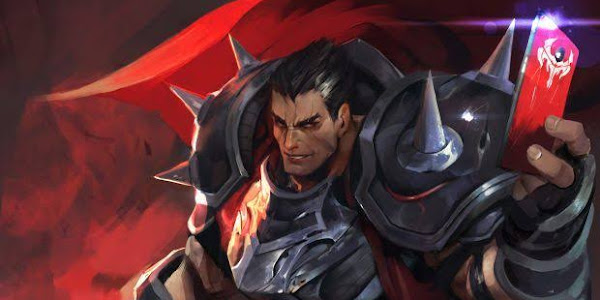 Darius is one of the two champions from Noxus who finally came to Wild Rift.  If you've played League of Legends PC, you probably know how frus…