515 eParty is always a moment that its users look forward to. Titled Together Get More, a series of activities that began on April 10 to May 22, 2021,

515 eParty, the most event so far held by Mobile Legends Bang Bang (MLBB), the most popular MOBA game in Indonesia, has re-emerged this year and brings a variety of different activities from previous years. 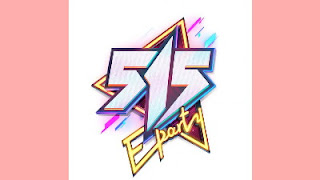 515 eParty is always a moment that its users look forward to. Titled Together Get More, a series of activities that began on April 10 to May 22, 2021, presented various prizes and interesting events that all users could accompany.

Not only the theme of "Togetherness" that will be delivered this year, 515 eParty this year also carries a unique concept and a different color than before. With a cyber-style concept with the 515 eParty color theme dominated by neon and bright motifs, MLBB wants to bring a more trendy, modern feel and become part of its users' lifestyle. This subject is adjusted for users who are mostly young and active.

"We always want to share what is unique, different and best for all MLBB players.sort of a year later, the excitement of 515 eParty this year also shared lots of surprises for all our users, starting from & nbsp; New heroes and skins that can be obtained for free, diamonds and exclusive items that can be won by inviting friends to play MLBB, MLBB All StarIndonesia, as well as other surprises that are different from previous years, "said Aswin Atonie, Brand Director.

It is still the same as last year, all events at 515 eParty were tried online, to support the Covid-19 Vaccination program from the Government of Indonesia. As a leak, here are the various activities of the 515 eParty event series this year:

World Boxing legend from the Philippines, Manny Pacquiao, wants to be the latest skin for the fighter hero Paquito. Skin Paquito will launch to coincide on April 13, 2021 and will be available until September 15, 2021.Prior to its release, the avatar frame will be given free, and in-game emojis will also be given to players who have played in-game events.

There should be a discount for skins in the first week, as well as many online events that all players can accompany & nbsp; to get skin free!

What is S. T. U. N? Well, there is something different at 515 eParty this year. For the first time, MLBB formed a music team at the Land of Dawn named S. T. U.n which consists of 3 MLBB Heroes. Chou is an early hero who was introduced as a member of a really cool music group in Lawn of Dawn! This song from S. T. U. N will be the soundtrack for the celebration of 515 eParty in 2021. The debut of S. T. UThis n itself will be announced for the first time on May 8, 2021. Curiosity befalls S. T. U. N as well as what kind of song and which Hero is & nbsp; the personnel would like to be informed further. Stay tuned!

Just like the previous years, this year the MLBB All Star Tournament was held again. Being able to see the excitement of all MLBB stars, starting from your favorite pro-players, influencers and cosplayers to compete in one game, in fact, it will be really fun.

This year there will also be an MLBB Fans Club of The Year award, you know! This award is to be given to the formal Fans Club of the pro teams who play in MPL S7.

MLBB has also tried a new breakthrough this time; is to be an early MOBA mobile game that launches Indonesian type voice over for all heroes and skins in the game. This matter has been tried as a form of appreciation for all MLBB users who have been loyal to play so that MLBB has always been the most popular mobile MOBA game in the world to this day. starting to coincide on April 13, 2021, Heroes with Indonesian voice over can begin to be enjoyed by all players.

there are still many more interesting events and activities in the series of 515 eParty & nbsp; that all users can accompany. Always log in every day to be able to see the daily events that are taking place and so you can find interesting benefits.

moonton is a technology industry that was founded in 2014 and is located in Shanghai, China. Currently, Moonton has more than 300 employees in Shanghai, Hefei, Hong Kong, Singapore and Indonesia. moonton focuses on the mobile games market, and improves and publishes various Games from its own industry. As one of the fastest growing industries in China, Moonton is the Chinese gaming industry that has the most players outside of China. mobile Legends: Bang Bang is their flagship game at the moment and is the leading MOBA game in the world.