Mobile Legends concludes with releasing a new hero survey that will be designated as Assassins.

Mobile Legends recently released a new hero survey. After a few moments later released the Revamp Bane which in conclusion eliminates the level of cuteness and stupidity that is owned by this rising hero fighter. 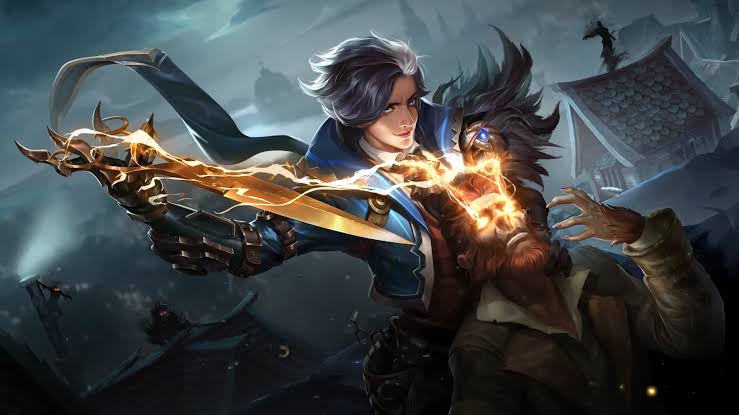 Mobile Legends concludes with releasing a new hero survey that will be designated as Assassins.

The back story of this hero is also quite cool, where the latest hero that can be seen in the photo above is Gussion's younger hero. It is interpreted that the unknown hero above is a younger brother who loves his brother very much.

She looks cold on the outside but very warm on the inside because of her love for her family. Looks like this Bro-Com (Brother Complex) hero wants to be a pretty op-ed assassins hero.

In the survey design above, he uses a unique knife and has a magic-like skill that can be used to hit his enemies.

Yes, although it is not clear when the release of this hero will be, I think this hero is going to be one of the very oppressive heroes in the future! Read more on our other, as well as other posts about gamenews.eu.org! Interested in collaborating? Contact us at Author instagram @muhammadrifaldi.id.